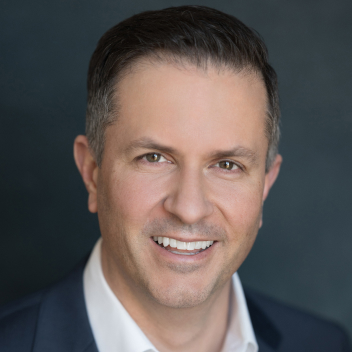 Adam is a veteran Democratic tech industry leader who has had a front row seat for more than 20 years in the tech industry’s political maturation. He is an expert in helping lead technology companies through today’s challenging political environment.

Adam has been interviewed numerous times on TV’s Bloomberg Technology, Neil Cavuto Coast To Coast on Fox Business, Sinclair Television, and Cheddar’s Opening Bell. He was named a “Tech Titan” by Washingtonian magazine and an “Antitrust Super Influencer” by Baron Public Affairs.

The Wall Street Journal said Kovacevich “helped build [Google’s] influence operation into one of the largest in the nation’s capital” and was “a central player in Google’s efforts to shape perceptions and rules in ways that have been favorable to the business of the search and advertising giant.”

Kovacevich, who was Google’s seventh DC hire, ran Google’s strategy surrounding its 2011-2013 FTC antitrust investigation. His 12-year Google career spanned the company’s PR, legal, and public policy teams and drew on his skills as a communicator, strategist, and advocate.

Adam served as an Assistant Vice President at Dittus Communications and Communications Director at the Information Technology Industry Council. He served as spokesman for former Rep. Cal Dooley (D-CA), a founder of the moderate New Democrat Coalition; for Sen. Joe Lieberman (D-CT), in the Senate and on his 2004 presidential campaign; and for 2004 South Carolina Senate candidate Inez Tenenbaum.

Adam lives in Arlington, Virginia with his family.