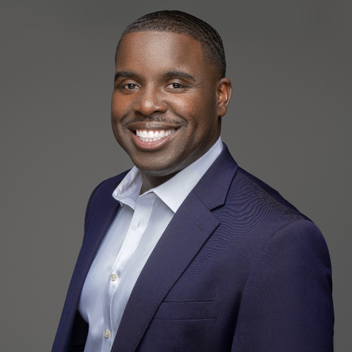 Kouri Marshall is the Director of State and Local Government Relations, Central Region at the Chamber of Progress.  He previously served as the Deputy Director of Agency Personnel and Executive Appointments in the Office of Illinois Governor J.B. Pritzker. Kouri lived in Washington, D.C. for nine years before returning to Chicago to serve as the Chief of Staff for the Cook County Board of Commissioners 1st District. He previously served as the District of Columbia’s State Director for President Barack Obama’s re-election campaign, then as the Executive Director of Democratic GAIN, a progressive political association with 42,000 members. Kouri was also the campaign manager for D.C. Councilwoman Anita Bonds’ first campaign in 2013, winning the crowded race by 10 points.  After leading the Councilwoman to victory, he joined the professional staff of DC Councilmember Tommy Wells as his Senior Advisor.

Kouri graduated from Eureka College – President Ronald Reagan’s alma mater – where he was elected as the first African American Homecoming King in the 150 year history of the college. The Eureka College Board of Trustees and Alumni Board named Kouri as the 2013 Eureka College Outstanding Young Alumni of the Year. He is the recipient of Campaigns & Elections Magazine’s 2016 Rising Star award, one of the political industry’s most prestigious honors.

Kouri is the co-founder and Board Chairman for ChiGivesBack, Inc. a nonprofit that has generated $2.5 million in resources for low-income communities in Chicago. He is also a member of the Boys & Girls Clubs of Chicago’s Young Professionals Board of Directors and is a member of the Eureka College Board of Trustees. Kouri resides in Chicago, IL with his wife, Dr. Kayla Nixon Marshall.